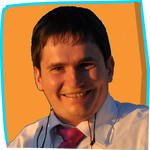 You have chosen to focus on the economy. Be aware that this discipline includes other subjects. In other words, this subject influences the scientific strategies of other subjects, badly or greatly. In a bad way with the monetary economy, whose only purpose is to make believe in the God money, in a good way, with the real economy, also called physical economy. Physical economy consists to understand the notion of infinity, which is in life or in the circle. This real economy indicates that human society grows, that we can green deserts with Thorium, to recycle waste.

With the real economy we can go to space with nuclear fusion, ecological, to leave, when necessary, our source, the Earth. Nuclear power is that is inside an atom, that was believed to be unbreakable. Nuclear energy should be learned in school, just like music, philosophizing, understanding our limits, learning to learn, economics, quantum physics, which helps to understand nuclear, Einstein’s childhood and his theory of relativity, also Jean-Pierre Petit’s Janus theory. These Theories allow us to understand the universe.

If you search truth, helped with this book, that will help you, if you are sufficiently rebellious to become a genius, seeking your limits, leading you through the economy. Start now to write a poem, whose is half-sentences coupled ending with the same syllable, with metaphors which are comparisons without comparators, to go to a truth, then your truth, finally to the scientific truth.

Here is the free e-book Economy for Kids. It is also here to print it. Here or here are Sources.

The economy is physical. It depends on scientific discoveries. So everyone can or could get better in better quantities, with less effort. We are only transforming our creative world because it has created life. We rise up like creative beings, in order to improve our society.

It is possible that society’s growth, created thanks to our creativity, could go to the infinite if we abandon the greed of money, thanks to a scientific and philosophical reflection wanted by Plato.