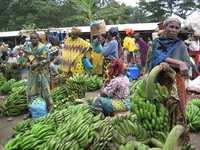 What is Trade and Traffic?
Creative Common by SA License

Trade and traffic are linked. Indeed, trade is the politics that will enrich the country. Commercial competition, which is competition with competitors, leads to lower prices. If we stayed to this idea, everything would be in the best of all worlds, but that’s not the case.

There is also traffic, but there is also financial competition. Traffic is about raising prices when the competitor is not there. The traffic can be canceled by the commercial competition, also by bringing together the actors between them. In this respect, the web is not the best solution because it is used as an interface for transport. The web is worthless in the face of the train, which, if financed as much as the road, would be free and very fast. Indeed, you are learning an important economic concept, namely the economy of work. The entire human society operates saving labor. Using one engine is better than using many scattered engines.

Financial competition comes when little enterprises have become big business. These big companies have got a lot and buy markets. They want to individualize by the car, in order to get a local market, then others. Then they increase prices. Only politics can overcome big societies, cutting into several societies, according to the antitrust law of the National Council of Resistance.

According to Henry Charles Carey, the trader uses the traffic to get rich. It’s human. This trader wants to save his work easily. This is called laziness. So it is necessary to know that this traffic impoverishes the others, because the currency is a communicating vase. The ease of the trader will force him to buy the cheapest products, allowing him to sell without forcing himself. It will not necessarily respect the local products, which will be best copied by this trader. This is not illegal. The politician, elected, must be moral over everything and must ensure that external products do not harm his nation, by taxing them.

The trader will not be pushed to fault if he traffics. He will know and will even unwittingly to the state for this traffic, which allows to enrich it, because this traffic will rather enrich the big companies, its competitors. The problem of the trader will be his vanity, because he will not necessarily look at the challenge that will have his followers, who will have to find how to produce cheaper, with the poor quality products he has to sold.

Compare the supermarket to the market.

Here is the free e-book Economy for Kids. It is also here to print it. Here or here are Sources.

The economy is physical. It depends on scientific discoveries. So everyone can or could get better in better quantities, with less effort. We are only transforming our creative world because it has created life. We rise up like creative beings, in order to improve our society.

It is possible that society’s growth, created thanks to our creativity, could go to the infinite if we abandon the greed of money, thanks to a scientific and philosophical reflection wanted by Plato.

Also in this section